A young man was shot and killed on New Year’s Eve on a street corner in Newark. He was a man that family said would help anyone in need—someone who was selfless and kind. The police, however, painted a different picture under fake names and on Facebook. Now, two officers are under investigation for making comments about the man’s death on Facebook.

Raymar Lecky had a minimal criminal history. He had previously faced charges for aggravated assault in 2009, but those charges were reduced and remanded to municipal court. He also had one minor drug charge. Overall, his loved ones say, he stayed out of trouble and was most definitely not involved in gangs. 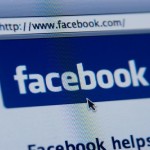 You wouldn’t get the same story from a stream of comments that showed up on Facebook after his death, however.

The thread of comments came from the Star-Ledger, according to Nj.com. There someone asked what Lecky was doing out at 3 a.m. in Newark (nevermind the fact that it was New Year’s Eve). The thread took off from there, eventually pulling in two people named Karen Roach and William Mango, people who would eventually turn out to be West Orange police officers.

Roach said Lecky died because he was a gang member. Mango said, “Live by the gun, die by the BOOM.” And one of them posted Lecky’s criminal record. The duo used profanities to support their argument that Lecky’s own behavior ultimately caused his death.

Now, both are under investigation.

This isn’t the first time officers in the area have been under heat for comments made online. Former Orange police officer Hector Rosado was fired for using a racial slur and profanities on Twitter in criticizing police layoffs a few years ago.

Lecky’s family say he was routinely targeted by local police, pulled over with little or no cause and hassled. It isn’t clear if Roach and Mango are two of the officers who had it in for Lecky or not.

The general public can post their opinions all day about someone in the news. But police must be held to a higher standard. Not only does their lack of decorum show disregard for the loved ones of the dead, it shows unprofessionalism and a potential violation of departmental standards.

Many people don’t trust the police and situations like this illustrate why. It’s a we vs. them mentality, and as long as the police see themselves as “good guys” and everyone else as “bad guys”, it will remain that way.

If you are charged with a crime, you know how it feels to be on the “wrong” side of the law. Contact my office today to discuss the nature of your case and how I might be able to help. Whether it’s a felony assault charge or a drug offense, you have rights.