A Newark pastor recently had some time in the spotlight after an opinion piece was posted to NJ.com and in the Star-Ledger. His recommendation: that New Jersey decriminalize marijuana possession, namely because it’s enforced in a “racially biased” manner and is costing taxpayers millions. 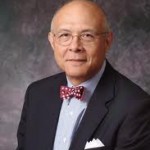 M. William Howard Jr. points out that in 2010 more than 22,000 people were arrested for marijuana possession in the state. These arrests were “shockingly racially disproportionate”, with African Americans representing a larger percentage of the arrests than their portion of the population. Though people of all races use marijuana at comparable rates, blacks are about three times more likely to be arrested for it in New Jersey than whites.

These laws, which Howard calls unfair and racist, have cost taxpayers millions every single year. In 2010, that figure was $125 million. Considering about half of these arrests were for nothing more than possession (not trafficking), it seems like a giant waste of resources.

The effects on taxpayers aren’t the only ones—following an arrest and conviction, people are forced to deal with the stigma of a criminal record that will stick with them for at least five years, seriously impacting their ability to work, find suitable housing, and even a driver’s license. Even when a conviction doesn’t occur, that person is forced to take time off work, hire an attorney, and deal with the fall-out of an arrest.

A Rutgers-Eagleton poll in 2011 found 58 percent of New Jersey residents supported reducing penalties for marijuana crimes. Fifty-five percent said those penalties should be eliminated completely. Those figures have likely grown in the past two years, as Americans as a whole are supporting marijuana legalization in growing numbers.

At the moment, the state Senate is considering a bill that would decriminalize 2 ounces or less of marijuana for personal use. I urge all New Jerseyans to embrace the wisdom of this legislative proposal. Such a policy change will promote justice and mitigate the devastating direct and collateral consequences of our existing marijuana laws.

I support decriminalization because New Jersey can no longer afford such a waste of lives and money, and because I cannot defend a prohibitionist policy that is primarily enforced against poor communities of color.

The opinion of this single pastor is an opinion shared by many, that marijuana laws are not only a giant waste of money and resources, but do more harm than good,  to minority communities, and citizens across the state.