When you are addicted to drugs—whether it is heroin, cocaine, or even alcohol—getting clean is a monumental effort. Very few people are able to abandon an addition without intense assistance. For many, this means inpatient treatment. But in the state of New Jersey, getting into a treatment program is far easier said than done.

In a recent South Jersey Times story, you can read about a few addicts who have been fortunate enough to kick their heroin habits, met with the right circumstances to get proper treatment. In one case, a young woman’s family was able to send her to long-term treatment in Florida. In another, a mother sent her young adult son to an inpatient facility in Pennsylvania before he graduated to a sober living home there. 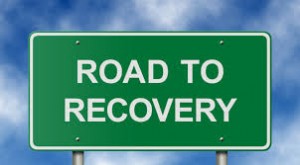 In both of the illustrated cases, the addict came from a family with the means to send them out of state to an intensive inpatient program. In most cases, however, that’s impossible.

Treatment like this can costs tens of thousands of dollars, an amount that most of us don’t have laying around. In state, the programs available are limited, the waiting lists long, and the stay-time often too short to make the needed impact.

A follow-up letter to the editor echoed this sentiment. Elizabeth Thompson, Policy Coordinator for the New Jersey Drug Policy Alliance and former heroin addict, wrote to counter the rosy picture painted by the initial story, pointing out that the only reason she is clean today is because her parents were able to spend thousands to send her away to a long-enough treatment program.

Prior to her successful period in an inpatient treatment center in Florida, Thompson said she went through eight different programs, many of them out of state. It was the longest (and likely the most expensive) that finally taught her to take responsibility for her drug habit.

There are resources in local New Jersey communities, some of them very good. But right now, there are more addicts than there are treatment programs. The funding isn’t there and treatment providers are forced to spread their services thin in an effort to cover as many people as possible.

One way moving to the front of the line, so to speak, for drug treatment services is by being arrested. It’s an unfortunate truth, but those who are arrested often can find their way into treatment and community services more easily than those who go the standard route.

While an arrest for drug possession could be a disastrous blow to your life, it could also provide the means to get help with a serious addiction.