The Good Samaritan Overdose Response Act was written to prevent overdose deaths. It was passed by the legislature this year and was expected to become law. But, Governor Christie vetoed the bill, much to the dismay of many lawmakers, drug treatment experts, and families who had lost loved ones to drugs. He said it was a “free pass” to criminals. But, he was wrong. 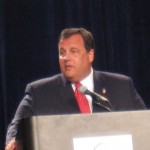 When someone overdoses on drugs, the people that they are with are normally drug users and also normally high. This is part of the reason that 911 often isn’t called when an overdose happens. The witnesses are scared—they don’t want to go to jail.

The Good Samaritan act would have protected these people from arrest and prosecution. It would allow someone to call 911 without that fear of criminal charges and in an effort to prevent death by providing prompt medical care in the event of an overdose.

In 2009 there were 752 drug overdose deaths in the state of New Jersey. At least some of these deaths were preventable if medical professionals had been on hand soon after the medical emergency started.

But despite support from a handful of Republican lawmakers and getting the majority of support in the legislature, Christie didn’t like this bill.

“How about if they’re not a Good Samaritan?” he said. “What I’m not willing to do is give people who commit harms on other people a free pass just because they picked up a telephone and called. I’m not going to do that.”

The bill does not give a free pass to drug dealers. It does, however, allow them to use the law as a defense if charges are brought. This is far from a free pass. Mostly, the law was written with other drug users and friends of the overdose victim in mind—not dealers. Because face it—how many dealers sit around and watch their customers use? Usually, it’s friends who are with the user at the time.

Candice Singer of the National Council on Alcoholism and Drug Dependence says Christie’s veto won’t stop the effort to get a bill like this eventually passed. Supporters are committed to trying again.

Fear of prosecution and fear of the stigma of drug addiction stops many people from getting help. Often it’s not until you are arrested and charged with a drug offense that you are able to admit that you need help. With the help of a defense attorney, you can get treatment for your addiction. Contact us today if you are faced with drug charges. We can provide a free consultation and some potentially valuable legal advice.