The city of Camden no longer operates its own police department. Now, police work is the business of the county. And the newly formed Camden County Police Department has sent new officers in crisp, new uniforms to train where they work—in the communities most plagued by crime and violence.

According to the Philadelphia Inquirer, the County P.D.’s metro division will be responsible for patrolling the city of Camden. Made up of 250 recently hired officers, the division will eventually grow to 400, much larger than the current city force they are replacing. 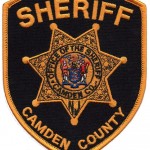 Budgetary constraints helped push along the county-wide department, when the city couldn’t afford to keep up with the crime.

“I thought somebody got killed,” said one Camden resident as he watched the new force move in to his neighborhood. “That’s the only time I see that much police in this area.”

The force is training on-site, patrolling the Princess and Wildwood Avenue areas because that’s where they are needed the most. About 12 of the city’s 67 murders took place in that area last year.

Ninety of the 118 officers sworn in this week were former members of the old Camden city police. But not all of them are from the immediate vicinity. Suburban locales like Cherry Hill and Evesham are also represented.

The city department has dwindled to less than 200 in recent months, in part because they can’t afford more and in part to prepare for the transition.

While the newly formed Camden County department has had its share of critics (including rank-and-file officers and unions), the supporters and even community members are hopeful. Without being bound by police contracts, the County department should be able to do more, including employing more officers in general.

“The people I talk to are like ‘Bring in it on,’ ” said Sister Helen Cole in an earlier report. Cole is a social worker with Guadalupe Family Services in North Camden. “They’re tired of being known as the city with all this violence. They’re raising their kids here, and some of them are working really hard.”

The people of Camden want to feel safe, but not at the cost of being taken over by police. Community members seem to be cautiously optimistic that the new County Department will foster proactive policing without the good ol’ boys mentality.

Whether you are accused of a violent crime or a drug offense, we may be able to help. Contact our offices today to discuss your legal options.