Nationally, 43.3% of all inmates released from prison will be rearrested within 9 months of their release. In New Jersey that figure is closer to 50%. However, a new program that seeks to help ex-offenders find employment immediately upon release is showing around a 29% recidivism rate, and that figure may be exaggerated. 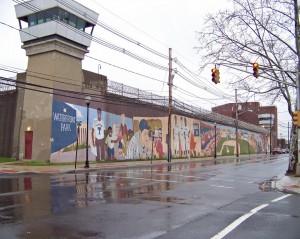 According to the Wall Street Journal, reentry programs have historically focused on things other than employment when an offender is first released from prison. They may focus on training, treatment, and other issues first before addressing employment. But, because many people come out of prison already owing money (child support, for example), and are thrust back into the breadwinner position in a family, many turn to illegal means to get their money.

The new Office of Reentry in Newark helps offenders find work first. They are sent to a job placement program upon their release; trained in proper interviewing techniques, and sent out to potential employers.

This push towards a “rapid attachment to work” is a sort of employment fast track, and something that is very necessary for these (mostly) men who may otherwise turn to drug dealing and thefts to make ends meet.

With over 700,000 people being released from prisons each year, there may not be enough jobs for each and every one of them. But, by working to make them employable and to find them secure sources of income, the state of New Jersey and other states can reduce recidivism and help former inmates rebuild a good life.

The Newark program has placed 1,090 former inmates in private jobs. This out of the 1,800 who have voluntarily sought help from them. In this city, one in six people have been arrested, so it is especially crucial to stop the cycle of arrests whenever possible.

One man, interviewed for the Wall Street Journal, says he was just about to lose hope and had just phoned his ex-heroin dealer when he received a call for a job interview. Rather than meeting his supplier, he met his future employer and now works full time to support his family.

Making a life is difficult, particularly when you have a criminal record. But returning to prison is not the answer. Whether you have a prior criminal conviction for something minor, or if you served time in prison, going before the judge again won’t be easy. You need someone on your side.

Contact my offices today to discuss your case and how I might be able to help you.