True to the hard line he has taken in the past against marijuana legalization, Governor Chris Christie says he will not support a bill that would allow New Jersey medical marijuana users to buy their medicine out of state. Like others who have anti-pot positions, he says marijuana advocates will get an inch and take a yard, continually pushing for greater and greater progress. This, he says, is unacceptable.

The proposed bill would be similar to those laws in six other states that allow such reciprocity. It simply means the state recognizes the medical marijuana laws of other states will similar legislation, allowing patients to travel to and from such states without risking arrest for marijuana possession, or worse. 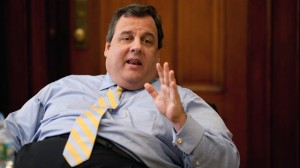 “See this is what happens. Every time you sign one expansion, then the advocates will come back and ask for another one,” Christie said at a press conference. It’s a common critique against any progressive marijuana laws that advocates will not be happy until the plant is completely legalized. And while this has some truth to it, that should prevent Christie from supporting any-and-all common sense additions to the current medical pot laws.

“Here’s what the advocates want: They want legalization of marijuana in New Jersey. It will not happen on my watch, ever,” he said. “I am done expanding the medical marijuana program under any circumstances. So we’re done.”

Earlier this year, the state loosened restrictions to allow for children to have access to medicinal cannabis. Christie also widened the program to allow for more marijuana strains and varieties. Still dispensaries are not making edibles yet and patients are barred from making their own oil.

Obviously, Christie feels like he’s done enough, like the current laws should be plenty to placate those pesky marijuana advocates. But if Christie’s true intentions were to help those in need of medicine, he would also allow them to purchase more appropriate products from other states. Instead, it seems he wanted to do “just enough” to gain some support amidst the changing tides of marijuana legislation.

“It’s not about marijuana legalization for recreational use, this is about legitimate access for sick people who need it,” said Assemblywoman Linda Stender (D-Union), who sponsored the bill and said she doubts Christie even read it. “It infuriates me he is so cold-hearted to the needs of the people he is supposed to represent.”

For now, and possibly for a long time, patients registered in the New Jersey medical marijuana program can still face criminal marijuana charges if they purchase their medicine from outside the state-sanctioned program.